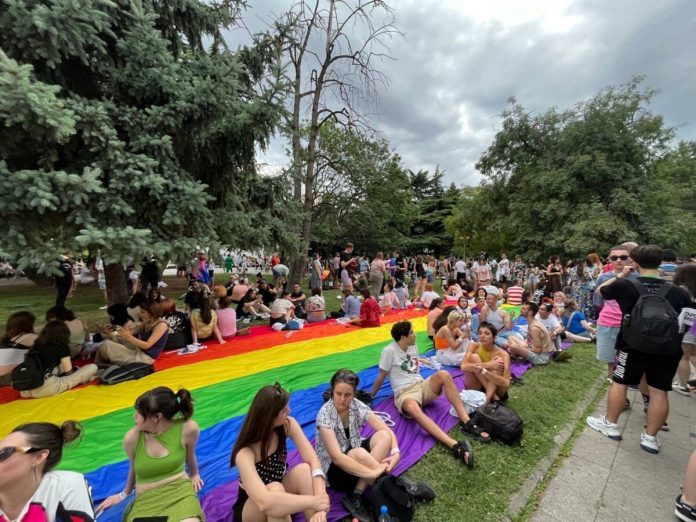 Under the motto “Go out for love! dignity, equality, justice “, the organizers of the national network against homophobia and transphobia held this year’s edition of Skopje Pride. Several thousand people gathered around 5 pm at the starting point in the park “Woman Fighter” in Skopje for the third consecutive Skopje Pride Parade, which began at 7 pm.

Public figures, representatives of the non-governmental sector, but also Minister of Justice Bojan Marichikj and the Minister of Labor and Social Policy Jovanka Trenchevska were also present.

The main messages from the participants are to accept and tolerate diversity, for the LGBT community to have the same rights as other citizens, not to be judged, and to be safe. They think that our society is moving towards acceptance, but there is still a lot of work to be done.