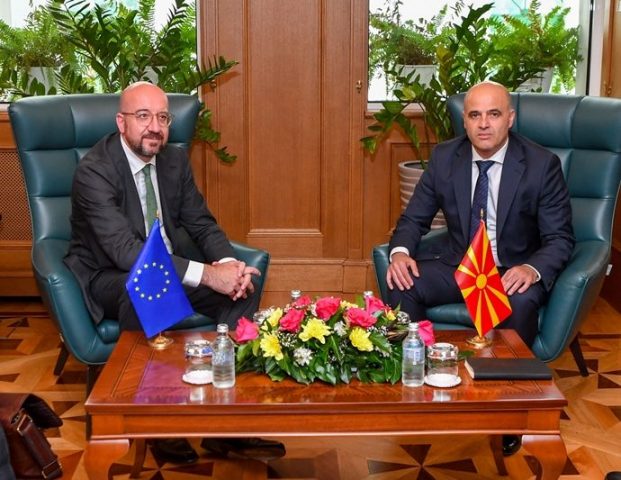 The European proposal for starting negotiations for North Macedonia includes all Macedonian positions and remarks and that accession talks can start immediately after its approval. The proposal envisages a pure Macedonian language, equal to the other languages of the EU member states, Prime Minister Dimitar Kovachevski and the President of the European Council Charles Michel stressed at Tuesday’s meeting.
At the meeting, the president of the European Council once again stressed the support and commitment of the European Union for the start of accession talks with North Macedonia, pointing out that these are key moments for the progress of our country from an economic, political and sociological aspect, the government press service informs.