Home Macedonia The violence in front of the Parliament is the work of police... 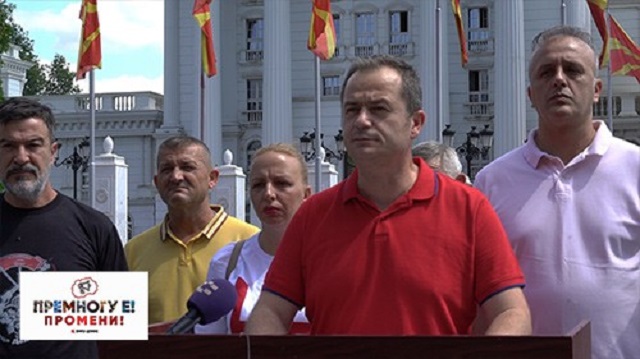 The violence in front of the Parliament is the work of the police installations of SDSM and Interior Minister Oliver Spasovski, MP from the ranks of VMRO-DPMNE DraganKovachki told a press briefing.

“This is not the work of the people, nor of VMRO-DPMNE, but of the police installations of the government, which, by causing incidents and escalation, wants its betrayal to beforgotten quickly.