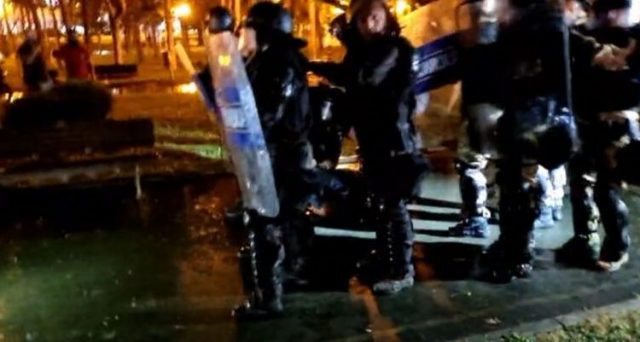 Eleven people were detained in Tuesday night’s protests against the French proposal that took place in front of the Parliament building. According to information published by the Ministry of Internal Affairs, 47 police officers were injured, two of them with serious injuries.