Home Macedonia Constitutional Court cancels article according to which employees can work 60 hours... 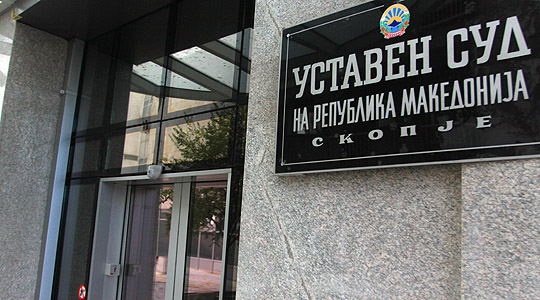 At Wednesday’s session, the Constitutional Court repealed Article 12 of the Law on Determining a Strategic Partner for the Implementation of the Project for the Construction of Infrastructure Corridor 8 and Corridor 10 in the Republic of North Macedonia.

In article 12, among other things, it is provided that “the working time of each worker during the entire cycle of the Project can be an average of 60 hours per week during the year”.

The Constitutional Court made a decision to abolish the contested article because, as stated in the announcement, it contradicts the fundamental value rule of law provided for in the Constitution, as contrary to Article 9 according to which citizens are equal before the Constitution and the laws.

The court decided that this article violates the right to daily and weekly rest, i.e. it is in contradiction with Article 32 paragraph 4 of the Constitution.