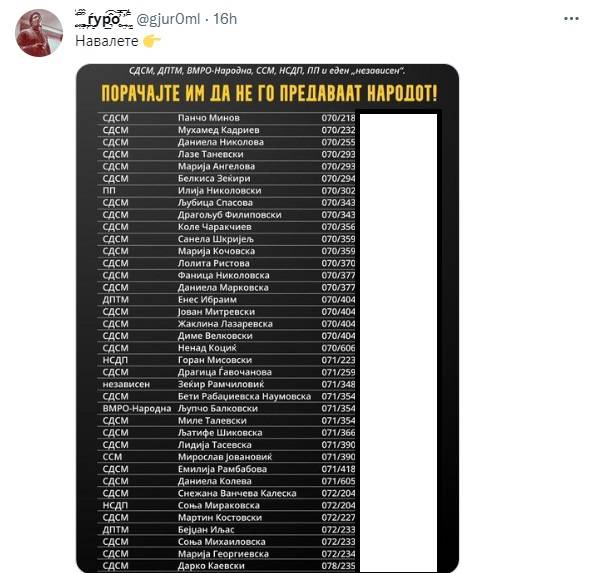 The atmosphere is heating up in public and on social media on the day before the French proposal is to be presented to the MPs. A photo emerged on Twitter with the phone numbers of all SDSM MPs and the ruling coalition.

The caption above the photo is – Tell them not to betray the people.

The Twitter post is unnamed, but reads as a prophecy, “Tell them not to betray the people,” suggesting that their numbers should be called and personally pressured to vote against resolutions with which opened the opportunity for the Government to accept the so-called “French proposal”.

The Skopje Prosecutor’s Office says that they are following the information and if elements of a criminal offense are established, they will act according to the legal powers.