Home Macedonia Skopje under police siege, each MP is guarded by five bodyguards 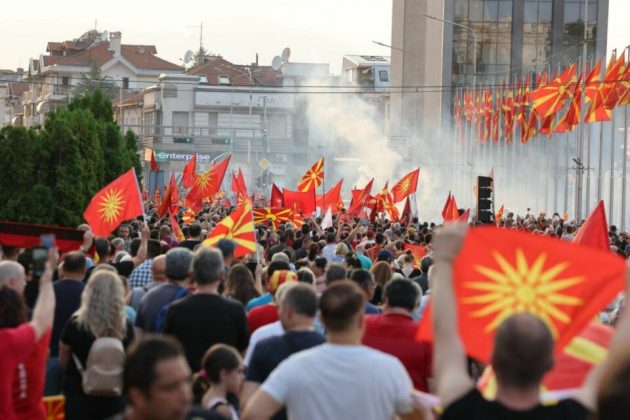 Skopje is under complete police siege since Wednesday morning due to the protests that were announced at 12 pm in front of the Macedonian Parliament.

Infomax reported that there is a verbal directive to the branches of major banks in the downtown area to close early because major riots are expected if the French proposal passes the Parliament.

In addition, each Member of Parliamentthat is in the Parliament today has at least five bodyguards who should protect them from the enraged people.

There is police security in front of the Parliament, the EU Info Center, the Bulgarian Embassy and everywhere in between these several critical points.

The protests start at 12 pm in front of the Parliament of the Republic of N. Macedonia.