Home Macedonia We defeated fascists once, we will win again, says Apasiev 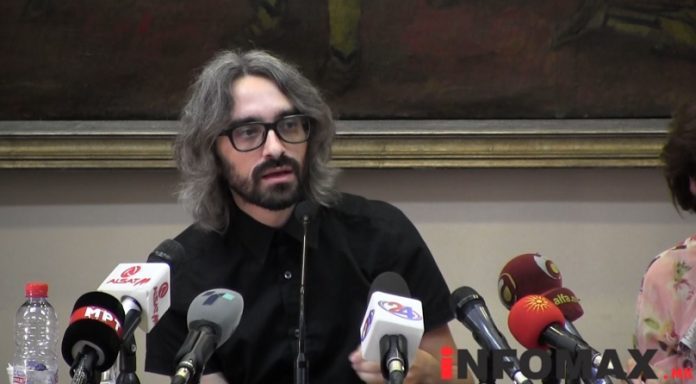 “Our generation will not wait until we enter the EU.
With the Prespa Agreement, we told you everything how it would be in advance. That’s why you are “North Macedonians”. With such diplomats, that’s all we can do, unfortunately.
The day will come when our fellow citizens will ask you: what did you do when Macedonia was being raped? When one hand was held by the EU and the other by the United States? Then you won’t be able to look them in the eye,” said Dimitar Apasiev from the opposition party Levica, during the Parliament debate on the French proposal.
“I have a message for the Macedonian people: do not lose hope, our victory is not far away. We have always been on the right side of history. We defeated fascists once, we will win again. Death to fascism, freedom of the people and prison for traitors,” Apasiev said