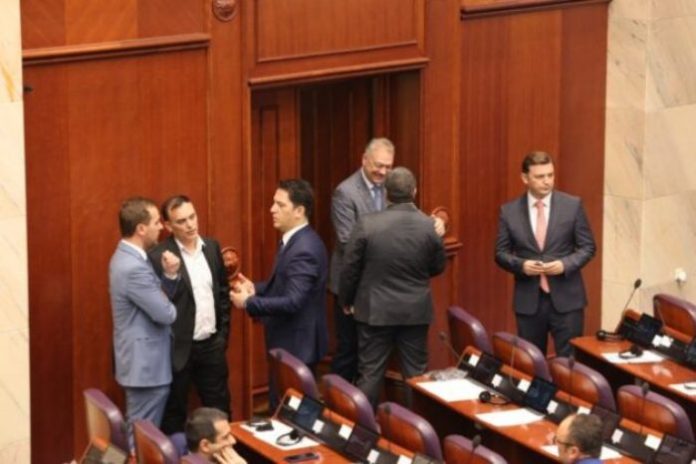 Dime Velkovski is the only Member of Parliament from the ruling SDSM that did not vote on Saturday to accept the conclusions on the French proposal for the start of accession negotiations between the country and the EU, which was adopted with 68 “yes” votes.

The leader of the Democratic Union and MP, PavleTrajanov, MajaMorachanin from DOM, ZijadinSela from the Alliance for Albanians, as well as two MPs from the ranks of Besa, did not support the French proposal on Saturday.