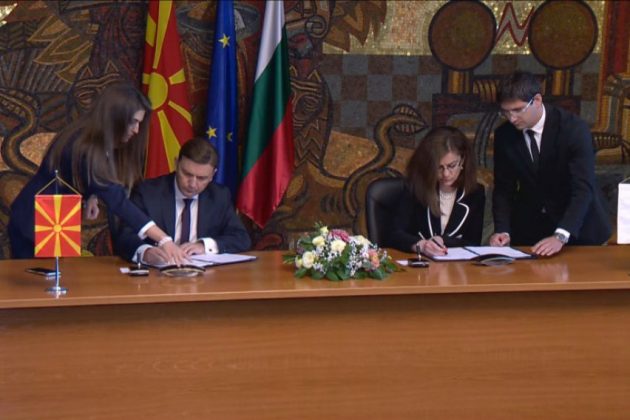 The Ministers of Foreign Affairs of Macedonia and Bulgaria, Bujar Osmani and Teodora Genchovska, signed the bilateral protocol, which was one of the key documents for the opening of negotiations with the European Union.

The signing of the infamous protocol followed the three-day debate in the Macedonian Parliament and the voting of the conclusions following the information from the Government about the French proposal, which included this document.

Osmani and Genchovska hid this document from the public for two weeks, as long as the protests in Skopje against the acceptance of the French proposal and the bilateral protocol, which gives Bulgaria the opportunity annually to block us in the negotiation process if some of its demands are not met demands, such as constitutional amendments to include Bulgarians in the Constitution, revision of textbooks and hate speech.