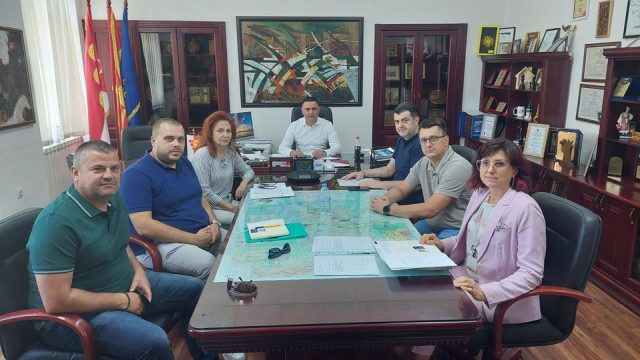 A meeting between the SSM President DarkoDimovski and the Mayor of Kavadarci Municipality MitkoJanchev was held on Thursday.The Secretary of the Union of UPOZ, BojanTripunoski, the presidents of SGIP and SIER, Ivan Peshevski and Igor Gjerasovalso attended the meeting.

To the satisfaction of the workers and their representatives, the Mayor MitkoJanchev responded positively and accepted the demands of the unions and the salaries of all employees in the municipality and public utility companies in the Municipality of Kavadarci will be adjusted by 2,806 denars in net amount.

Mayor MitkoJanchev and SSM President Dimovski agreed that in order to fulfill this, new union organizations will be formed, such as in the Municipality of Kavadarci, where a collective agreement will be concluded with UPOZ, as well as agreements in Public Enterprises with the SUTKOZ Union.