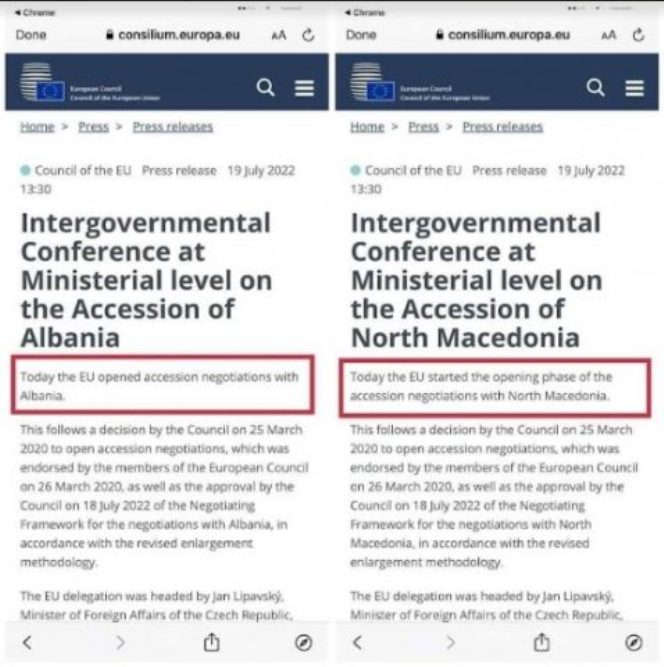 Prime Minister Dimitar Kovachevski is lying, the European Council has started accession negotiations with Albania and with Macedonia the opening phase of negotiations has started, the opposition party VMRO-DPMNE claimed on Thursday.

“On the official website of the European Council, in the section of announcements from the Council, in two separate announcements about the intergovernmental conferences between Albania and Macedonia with the EU, you can see who is starting negotiations and who will wait. Albania is starting accession negotiations, and Macedonia is still in the waiting room,” the opposition party pointed out.

As VMRO-DPMNE points out, in order for Macedonia to start the accession negotiations, it first needs to be “Bulgarianized, and that is the direct fault of Kovachevski”.