Home Macedonia In the following snap parliamentary elections, the VMRO-DPMNE coalition will have a... 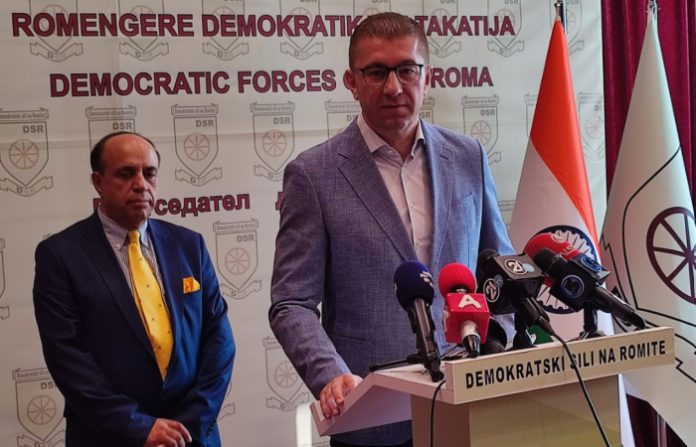 Thanks to Dr. Shaban Saliu, head of the Democratic Forces of the Roma, who has been a sincere and loyal partner in the coalition led by VMRO-DPMNE for the past 4 and a half years since I became party leader, but also before. I appreciate that all this that we worked together resulted in two huge victories in the local elections in both the first and the second round and I think that in the next snap parliamentary elections we will make a historic result for our common country, the Republic of Macedonia, in which a significant part will be played and the Democratic Forces of the Roma party led by dr. Shaban Saliu, said the leader of VMRO-DPMNE, Hristijan Mickoski, at Sunday’s press conference.