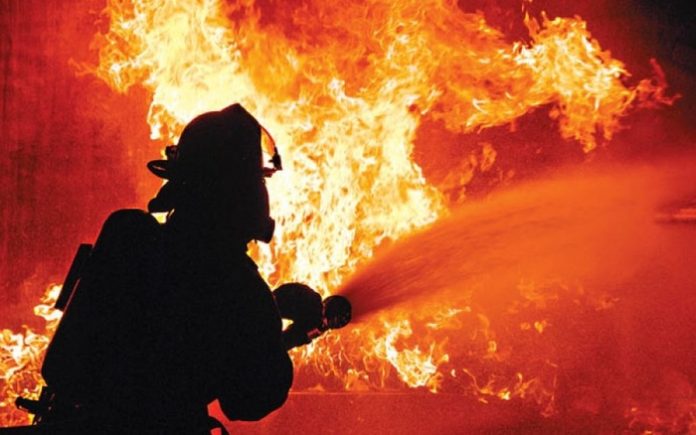 Two fires are active in the country, between the Strumica villages of Trebichino and Vasilevo and in Tetovo, where the landfill is burning. Teams of the Territorial Fire Fighting Unit – Tetovo (TPPE) are on the ground, and they are extinguishing the fire.
The Center for Crisis Management (CMC) informs that the fire in the Strumica region is on inaccessible, rocky and hilly terrain, and is burning low-stemmed mixed forest and tall grass.
The fire started on Monday in the late afternoon, and it was actively extinguished by the Strumica Fire and Rescue Service and the “Belasica” Forestry during yesterday and until late at night. This morning at 5 am the teams are on the ground again, they are working and it is expected that the fire will be extinguished during the day, informs the CMC.
Eight fires were localized on Monday.