Home Macedonia Levica MP tells Pendarovski: Why are you running away from the people,... 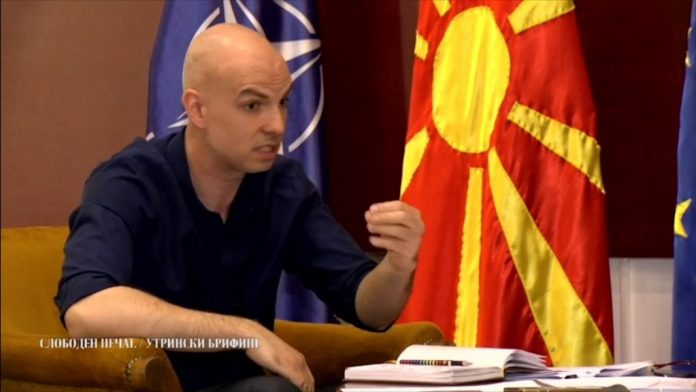 Information leaked to the public on Monday from President Pendarovski’s office that the celebration of Ilinden will be held on the plateau in Villa Vodno, as three years ago, when it was the first celebration organized by President Pendarovski.
During his presidential term so far, Pendarovski never once appeared for Ilinden at one of the central places of the celebration in Krushevo. The reason for this is probably the fact that after the signing of the treacherous “Prespa Agreement” by the authorities, almost everywhere government representatives appear they are booed, while the people chant “traitors traitors”, reports Antropol.mk.
Member of Parliament from the ranks of opposition party Levica, Borislav Krmov, asked Pendarovski a question on social media:
“Why are you running away from the people, President Pendarovski? Weren’t you a big man?, asked MP Krmov on Facebook.