Home Macedonia In addition to allowing history to be written by Bulgaria, the Government... 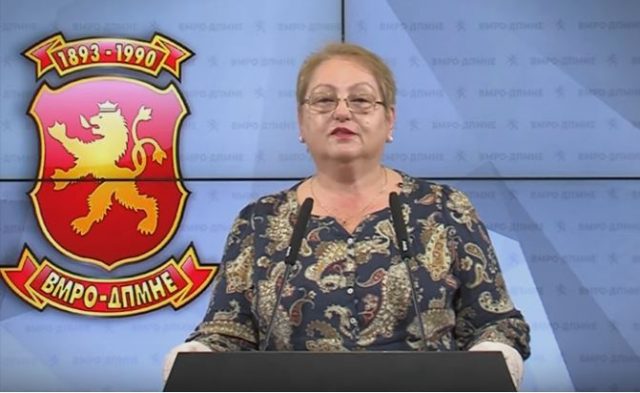 While the people opposed the French proposal and while the mass protests continued in the streets, precisely because of the clear consequences for the Macedonian identity, the Minister of Education and Science, the DUI staff adopted a new curriculum for primary education, with which the study of the Macedonian language in the second grade reduces from 6 to 5 hours per week, said Vesna Janevska, head of the VMRO-DPMNE Commission for Education and Science, on Tuesday.
As Janevska pointed out, this is just the beginning of the changes, which, according to the Concept, will be introduced in other departments as well, gradually in each next school year.
“Now it is clear to everyone why such a controversial concept had to be accepted and implemented. The non-people’s government of SDSM and DUI is making strong efforts to woo Bulgaria and is taking actions that, of course, harm Macedonians and the Macedonian identity,” added Janevska.