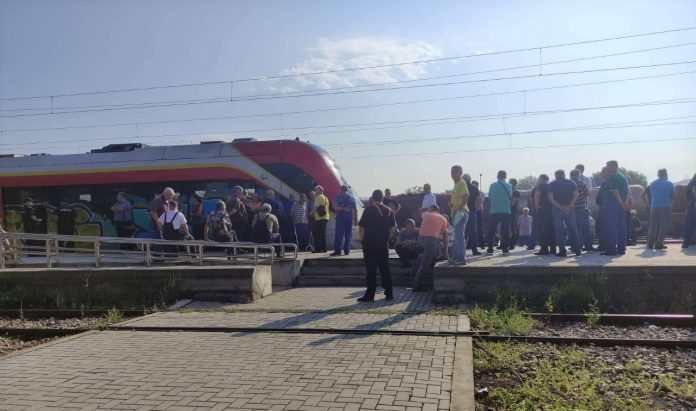 The employees of the factory for rail vehicles “Kolska”, led by the union, on Thursday morning with a blockade of the railway traffic at the station in Veles and loud sirens expressed their revolt against the IRS due to the six-month blocking of the factory bank account, as well as against the Government and the competent Ministry of Transport and ties for not resolving the status of this state-owned firm for 20 years.

As the SSM president of the factory union Toni Arsovski informed Thursday at the protest, due to the PRO blockade, they have not been able to pay the debt in installments for three months, which amounts to 37 million denars.