Home Macedonia After a long time, Pendarovski’s being reasonable – citizens to decide in... 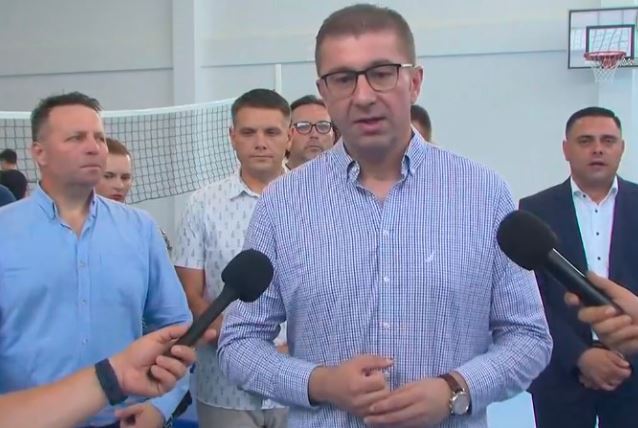 I have to admit that after a long time, perhaps for the first time, we are on the same wavelength with (head of the state Stevo) Pendarovski, in that direction I am also thinking of coming up with a wording of the question before the Executive Committee, but also before the citizens, the leader of VMRO-DPMNE Hristijan Mickoski said on Thursday in Kavadarci, asked about Pendarovski’s statement regarding the formulation of the referendum question.

Mickoski also said that he expects Pendarovski to call other political parties in Macedonia as well, if that is the essence of the issue and that they go to a referendum.

The opposition leader added that he was pleasantly surprised by Pendarovski’s attitude, and the referendum represents the highest act of democracy in a country.