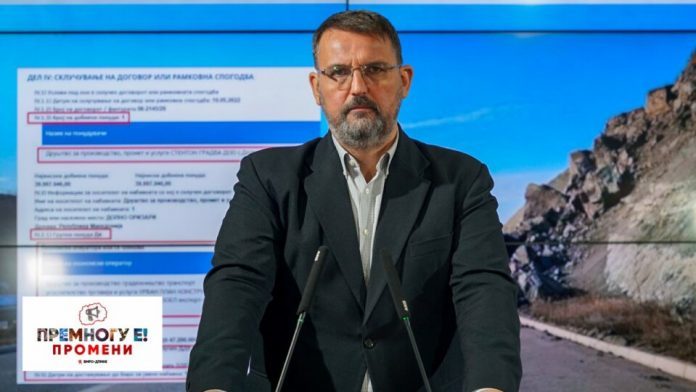 Believe it or not, in Macedonia there are no construction companies interested in clearing the landslide on the Miladinovci-Shtip highway, so the work is won by the only bidder, for an incredible 767 thousand euros, naturally, a company close to SDSM, the VMRO-DPMNE spokesperson Naum Stoilkovski told a press briefing on Friday.

“Apparently, the only criterion for the selection of the tender of municipalities, PE and companies led by SDSM/DUI is a single bidder. The only bidder was probably the criterion for Blagoj Bochvarski from SDSM and the director of “State Roads” – Ejup Rustemi from the ranks of DUI to choose the company close to SDSM’s candidate for mayor of Bitola, “Stanton Construction”, for clearing the landslide which more than half stands on the Miladovci-Shtip highway and occupies two of the three lanes. At the same time, the construction, transport, catering and services company “Urban Plan Construction” from Tetovo is listed as the contractor,” opposition spokesperson Stoilkovski said.