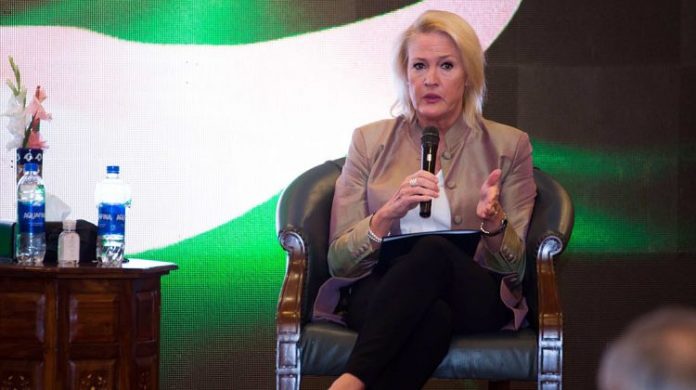 U.S. diplomat Angela Price Aggeler, who has been nominated by President Joe Biden and the head of diplomacy Antony Blinken as the new ambassador to Skopje, spoke on Thursday before the Foreign Affairs Committee of the U.S. Senate.
During the hearing, Aggeler said that “it would be a great honor” for her to return to work at the embassy in Skopje, where she worked in the public relations department between 2011 and 2014.
“The United States and North Macedonia share many common priorities, including the fight against corruption, improving the rule of law and strengthening good governance. If confirmed to office, I will encourage judicial reforms and call on North Macedonia’s institutions to promote transparency, investigate allegations of abuses and resolutely confront corruption, to strengthen public confidence in governance,” said the U.S. diplomat.
Aggeler was nominated by Biden to be the new ambassador to Skopje on May 26. Until now, she was acting Ambassador and Deputy Ambassador in Islamabad, Pakistan. Previously, he worked in various positions in the State Department and in the embassies in Paris, Hanoi, New Delhi and Budapest, as well as in the embassy in Skopje, in charge of public relations.
As an American diplomat in Skopje, Aggeler was vocal in defending the freedom of the media, as well as the protection of civil rights and freedoms, and was one of the initiators of the first LGBT Pride Parade in N. Macedonia.