Home Macedonia Pendarovski: I hope that we will continue to celebrate Ilinden at Prohor... 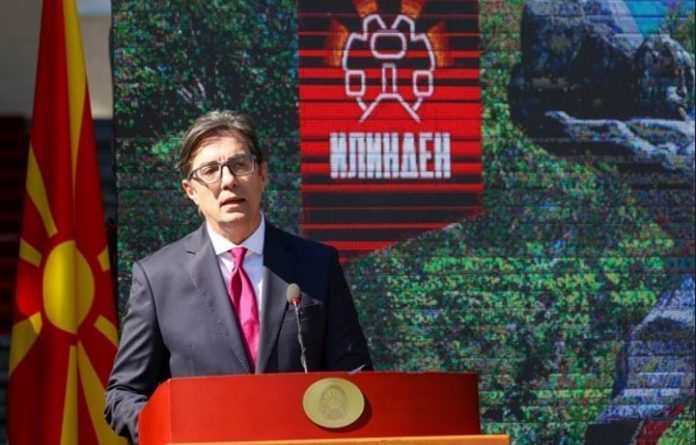 President Stevo Pendarovski, who with the Macedonian state-church delegation, after a break of 18 years, visited the monastery “St. Prohor Pchinski” stated that it was agreed to establish a working group at the level of ministries of foreign affairs with Serbia as soon as possible, which will have to agree on future celebrations on August 2 at the monastery.

After visiting the monastery, where he laid flowers, Pendarovski thanked the Serbian President Aleksandar Vuchic and the head of the SOC Porfirij because, as he said, they enabled us to come to this sacred place after an 18-year break and commemorate the greatest Macedonian state holiday.

“This is the place where the modern Macedonian state was formed and you know for various reasons we could not come here and in this place here to celebrate that holiday, so you know, we did some alternative parallel celebrations nearby, but not here where really the historic session of ASNOM was held. I hope that this is the beginning of a good tradition in which August 2, that is our second Ilinden, we will celebrate here and from here on it is understood that, as the old people say, we will come with all intentions to pay respect to those who formed it the Macedonian state in 1944,” said Pendarovski.