Home Macedonia Mickoski on Pendarovski’s backing away from referendum: I expected him to change... 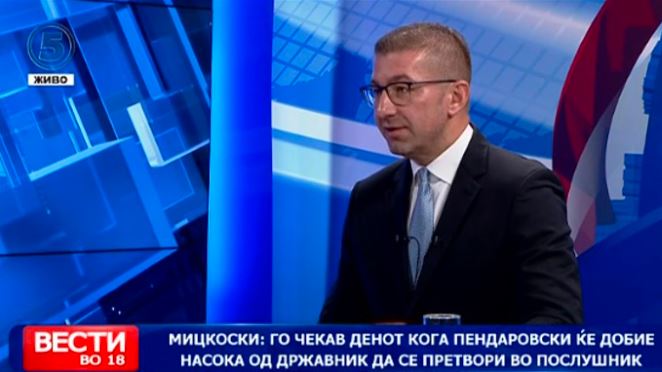 The leader of the largest opposition party VMRO-DPMNE, Hristijan Mickoski, in an interview with Kanal 5 TV’s News regarding the change of statements on the referendum on the Negotiating Framework with Bulgaria by President Stevo Pendarovski, stressed that he is not at all disappointed because as said that Pendarovski’s attitude does not mean anything to him, and that the only thing Pendarovski has shown with this is that he is a “party loyalist and not a statesman”.

“I would be disappointed by the attitude of a person whose opinion matters to me. Considering that President Pendarovski’s attitude does not mean anything to me, I cannot say that I am disappointed, I was simply waiting for the day when he will do this somersault mortale,” Mickoski said.

The leader of VMRO-DPMNE added that after being surprised by the initial attitude of the head of state, he expected that Pendarovski would soon change his position on this issue.