Home Macedonia The people painstakingly built the country, so that now SDSM can destroy... 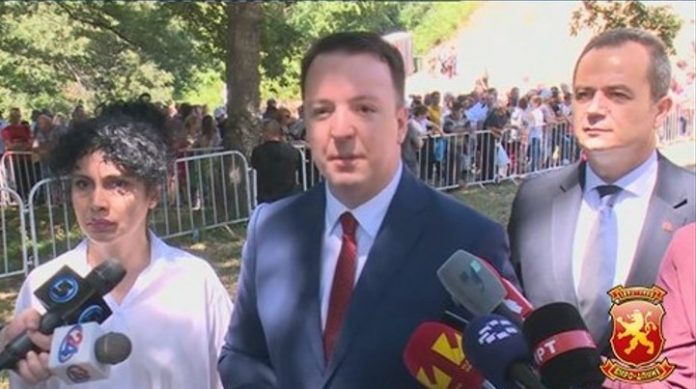 I would like to congratulate everyone here from Mechkin Kamen on the great Macedonian holiday August 2 – Ilinden. If the Ilinden fighters conquered inch by inch, both in 1903 and 1944 they painstakingly created a country. We see that that country is rapidly collapsing. Ilinden and Asnom’s Macedonia is collapsing. The ideals of all those who gave their lives for an independent and united Macedonia are being destroyed, the Vice-President of VMRO-DPMNE, Aleksandar Nikoloski, said on Tuesday.