Home Macedonia SDSM made its own party celebration out of Ilinden, VMRO-DPMNE claims 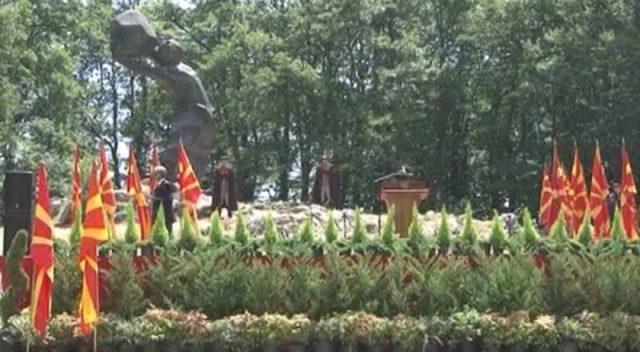 The ruling SDSM made its own party celebration out of Ilinden on MechkinKamen,it did not allow people to attend, only their party activists, said VMRO-DPMNE in a press release on Wednesday.

The opposition party accuses the Government of restricting the access to the MechkinKamen area near Krushevo to the citizens who traditionally come there en masse every August 2nd to pay respect to the great men who gave their lives to Macedonia.

“SDSM showed primitivism of an unprecedented scale and did not allow thousands of our fellow citizens to attend MechkinKamen.SDSM made a party celebration out of the state celebration on the occasion of Republic Day – Ilinden, with several hundred members of the party, brought in a large number of buses that left half-empty from cities all over the country”, said VMRO-DPMNE.