Home Macedonia Six fires in Kumanovo, Lipkovo and StaroNagoricane in the past 24 hours 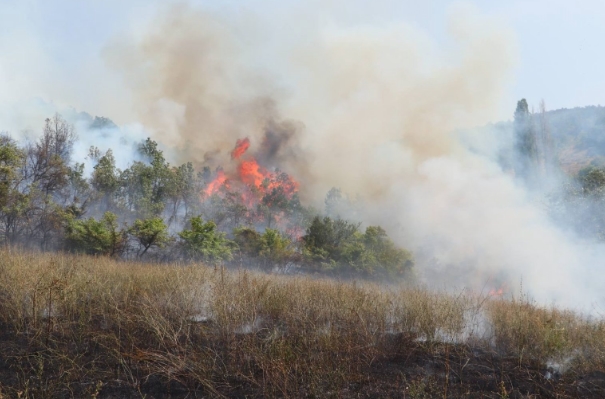 Six fires occurred during the past 24 hours on the territory of the municipalities of Kumanovo, Lipkovo and Staro Nagoricane, the Regional Center for Crisis Management Kumanovo reports on Wednesday.

Dry grass and stubble was on fire in Lipkovo’sOrizare near the cemetery, firefighters managed to put it out at 11 p.m.

In the village of Romanovce, a team was on duty at night where dry grass was on fire. There was also a fire in the Kumanovo villages of ShupliKamen and Pchinja in the afternoon.

Dry wood and grass were also on fire in the locality “Konjski most” in the municipality of StaroNagoricane on Tuesday at 9 pm. The fire was extinguished by the local firefighters using two vehicles.