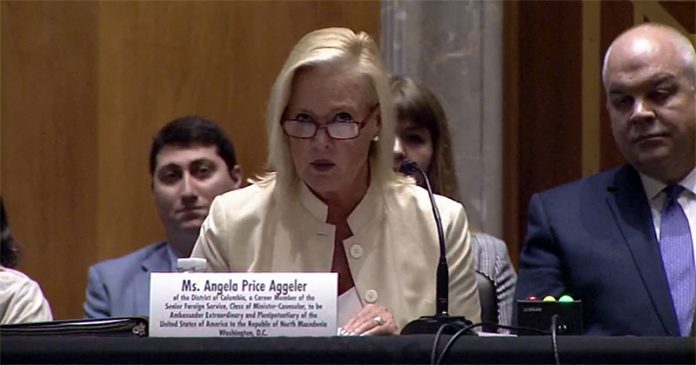 Diplomat Angela Price Aggeler has been confirmed as the new US ambassador to North Macedonia, the Democratic majority in the Senate tweeted on Friday.

Aggeler will replace Kate Mary Byrnes, who has served as the US ambassador to Skopje since 2019.

Last week, the Senate Foreign Relations Committee held a hearing on her nomination, at which she announced that she is working “to help North Macedonia develop a national strategy that will effectively hold corrupt actors accountable,” Voice of America reports.