Home Macedonia EU: The issue related to Ruskovska and Muaremi should be resolved by... 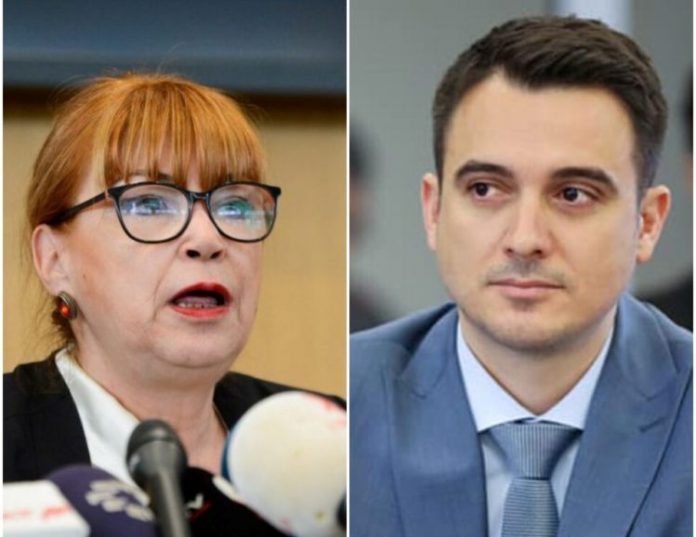 The European Union is following closely all related developments, including the recent public exchanges between the Head of the Public Prosecutor’s Office for Organized Crime and Corruption (PPO OCC), Vilma Ruskovska, and the Financial Police Director, Arafat Muaremi and calls on the issue to be addressed by the competent authorities, the EU Delegation in Skopje says after Prosecutor Ruskovska’s call to relevant state institutions and foreign embassies and international organizations.

The implementation of the rule of law is one of the highest priorities for the European Union. It is an essential part of the upcoming negotiating cluster on Fundamental Values, which will be the first to be opened in the accession negotiations with the EU, said the EU Delegation.

It added that the existing laws of the country stipulate the respective competences of the national authorities and the ways of their mutual cooperation, which should be respected.

The European Union is closely following all developments related to the recent public exchange of accusations between the head of the Basic Public Prosecutor’s Office for Organized Crime and Corruption (PPO OCC), Vilma Ruskovska, and the director of the Financial Police Authority, Arafat Muaremi, and believes that – that matter should be resolved by the competent authorities, it is said the EU Delegation in Skopje in connection with the call of Public Prosecutor Ruskovska addressed to the competent state institutions and foreign embassies and international organizations.