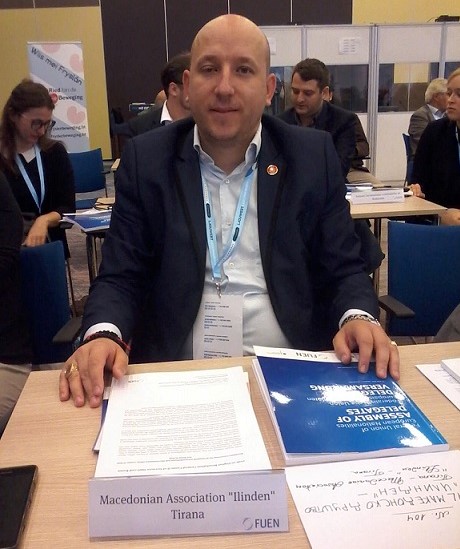 The Macedonian newspaper “Ilinden” became part of the Alliance for Ethical Media (AEM) platform, where 29 print and audiovisual media in the Republic of Albania are members.
“The alliance protects its members from unfair pressures and attacks. It is a voluntary group of Albanian media dedicated to the strict implementation of the ethical code of journalists. The mission of the Alliance for Ethical Media is to promote quality reporting in all forms in order to show the public that the members of the Alliance are reliable sources of information,” Nikola Gjurgjaj, editor-in-chief of the newspaper, told MIA.
Gjurgjaj adds that “Ilinden” is the first newspaper of the Macedonian minority in the Republic of Albania, which is part of the AEM platform, and also the first newspaper of the national minorities in the Republic of Albania.
In the past 11 years, 53 editions of the newspaper have been printed.