Home Macedonia For EUR 80 thousand fee per member, the historical commission accepts whatever... 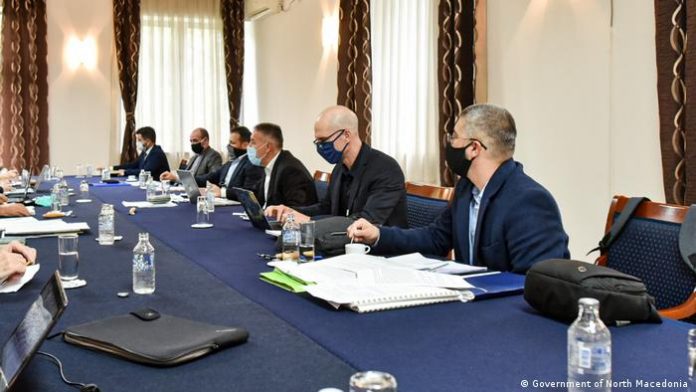 We are talking about a political process, a process where our bilateral problem with Bulgaria in the next phase, if that change in the Constitution passes, becomes our problem with the entire European Union, says the leader of VMRO-DPMNE Hristijan Mickoski in an interview with Sitel TV’s News.

“I shall say this once again, we will not talk about the 21st century, a century for better education, healthcare and all the rest that I have already listed. But again, we are now going to talk about the time since I see these highly paid members of that commission with several tens of thousands of euros in fees that some of them took and hundreds of thousands of euros in the past period signed for the Middle Ages for the State of Samuel, for Cyril and Methodius, Clement and Naum of Ohrid,” Mickoski said.

Mickoski pointed out that for an 80 thousand euro fee per member, the historical commission accepts whatever the SDSM Government wants.

“They went public, didn’t they, the head of the commission had about 80,000 euros in fees, if I’m not mistaken. At least that’s how it circulated in the media, and he didn’t deny it. As far as I could see, in total, all the members have distributed somewhere around 200,000 euros, and the head, Dragi Gjorgjiev, the new academic, 80,000 euros,” Mickoski said.