Home Macedonia Roth: The EU should strengthen its presence in Macedonia, but also that... 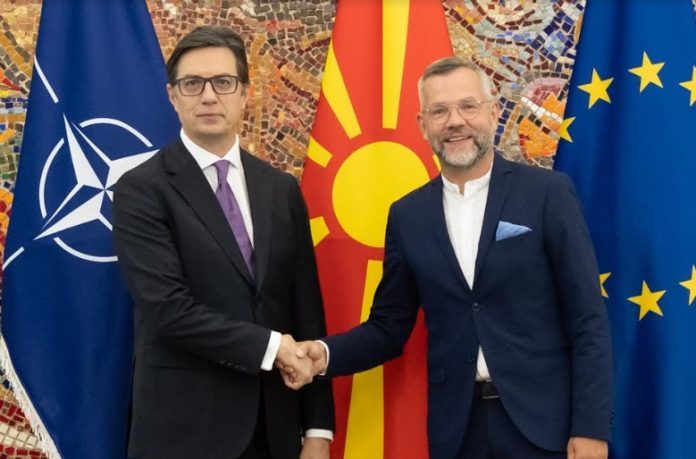 Chairman of the Bundestag Committee on Foreign Affairs Michael Roth during his visit to Skopje on Wednesday said that the EU should strengthen its presence in Macedonia, but also that constitutional amendments should take place in order to continue accession negotiations with the Union.
Roth expressed his pleasure to be here again, especially as he said, in these difficult times when he can feel frustration and disillusionment with the EU.
It is our obligation of politicians from the EU and from Germany to encourage the Macedonian men and women to take the next step in the direction of the EU and to know that it is really worth it, said Roth in a statement to the press after the meeting with Macedonian President Stevo Pendarovski.
Roth said that the country has invested a lot on the way to the EU and right now the Union has an obligation to be more present in Macedonia, to be more visible, to engage more, to provide perspective and more work for young people so that they know that it is worth it.
“That is why it is now very important to once again point out and make it clear that the EU is not only an internal market and a community that has one currency, but that it is a community that has cultural and linguistic diversity and that no one has the right to interfere in the cultural identity. No agreement will ever be able to change any of this basic principle on which the EU is based,” Roth said.