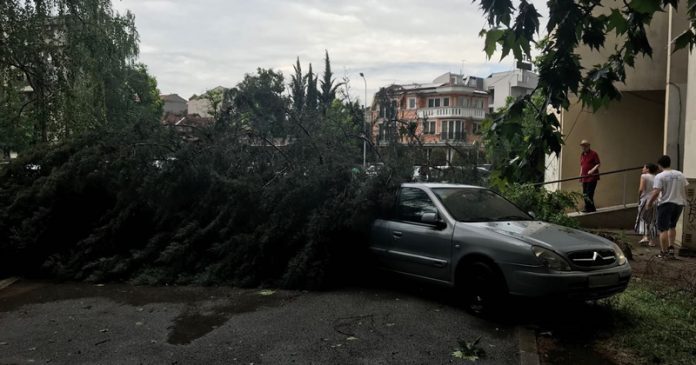 The storm followed by torrential rain, hail, thunder and wind that hit Skopje Tuesday afternoon caused flooding of streets, underpasses, houses and yards. There were also many fallen trees and branches.
The heavy rain and hail make it difficult to move on the streets whose roadways are under water.
The CMC informs that apart from Skopje, Shtip, Veles, Demir Hisar, Sveti Nikole were also affected by the storm this afternoon.
The CMC informs that most of the reports, 80, were about flooded rooms from buildings, 40 reports were about fallen trees. CMC operatives received 20 reports for damaged vehicles, and the same number for flooded streets and underpasses. Fifteen reports were about damaged roof structures, and five about broken conductors, tilted poles and other electricity issues.