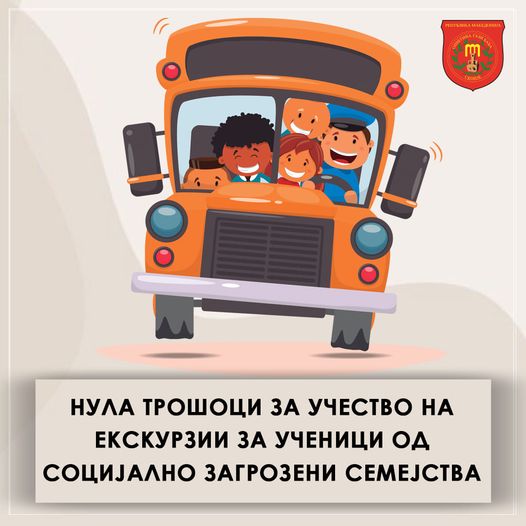 Mayor of the municipality of Gazi Baba Boban Stefkovski Friday morning via post on Facebook informed the citizens about the implementation of the project: ZERO costs for participation in excursions for students from socially disadvantaged families. He pointed out that this project is being realized for the first time in the municipality of Gazi Baba and it comes as a realization of a promise made during the election campaign.

“With the beginning of the new school year, the project ZERO costs for participating in excursions for students from socially disadvantaged families begins to be implemented. All municipal primary schools were entrusted with the implementation of this project in accordance with the Rulebook on how to conduct excursions, outings and other extracurricular activities for primary school students. Another project from the election program has been implemented,” wrote Mayor Stefkovski.