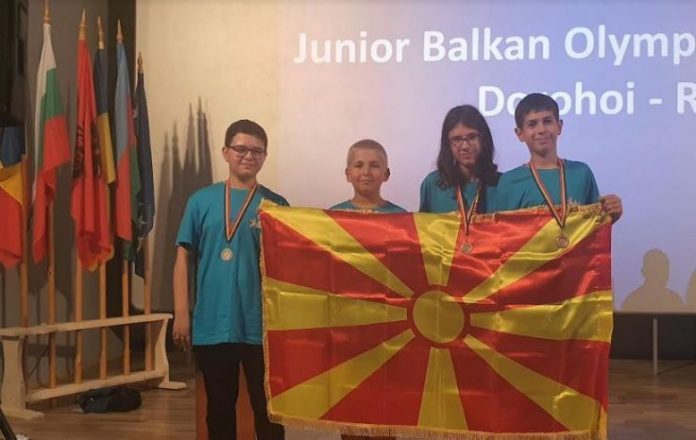 This year, the junior team of Macedonian computer scientists performed quite successfully at the 15th Junior Balkan Olympiad in Informatics (JBOI 2022), which was held between August 28 and September 3 in Dorohoi, Romania, leaving the teams of most Balkan countries behind them.
The team consisting of students Blagoj Rujanoski Stojanovski from Prilep, Nikola Stojkovski from Skopje, Damjan Davkov from Shtip and Vladimir Grchev from Kochani, led by the leaders Vladislav Bidikov and Dr. Mile Jovanov from the Faculty of Information Sciences and Computer Engineering (FINKI), won one silver and two bronze medals.
In a strong competition in which almost all participating countries are bigger than Macedonia, the silver medal for our team was won by Blagoj Rujanoski Stojanovski, a student who has just completed his primary education.
Students Nikola Stojkovski and Damjan Davkov from Skopje won bronze medals, and the youngest participant from Macedonia returned with Olympic praise. Until now, in these 15 editions of the Olympiad, Macedonian competitors have won 5 silver and 24 bronze medals.