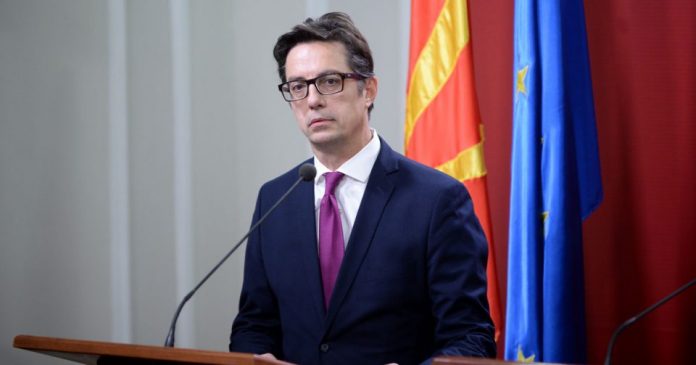 President Stevo Pendarovski commented on the formulated question for VMRO-DPMNE’s announced referendum as “a classic anti-European”.

“We received a question with which, in essence, Macedonian citizens are being asked, or will be asked, “do you want us to stop moving towards the European Union”. That is the question. What surprises me is why the Prespa Agreement is not mentioned in the referendum question, because in the European negotiating framework with which we started negotiations recently, the Prespa Agreement and the Treaty with Bulgaria are in the same sentence,” said President Pendarovski.

“At a press briefing today, Hristijan Mickoski was firm that until the Treatywith Bulgaria is canceled, VMRO-DPMNE will not support constitutional amendments. Otherwise, if the referendum succeeds, Mickoski believes that the next procedure should be for our MFA to inform Bulgaria that we are leaving the Treaty, and after one year the legal actions from that treaty would stop for us. Many experts and professors of international law have assured him that it can be done,” added Pendarovski.