Home Macedonia 31 years of independent Macedonia is a centuries-old dream of the Macedonian... 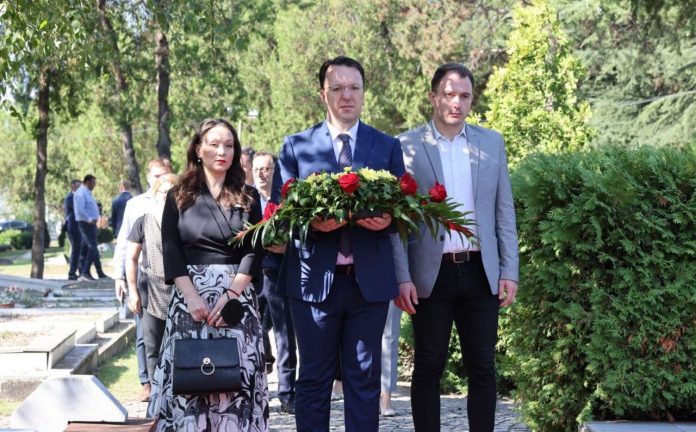 On the occasion of commemorating September 8 – the Independence Day of Macedonia, a delegation of VMRO-DPMNE led by the party  vice-president Aleksandar Nikoloski, Thursday morning laid flowers at the eternal resting places of the former Presidents KiroGligorov and Boris Trajkovski, as well as the first Prime Minister Nikola Kljusev.

“31 years of independent Macedonia is a centuries-old dream of the Macedonian people. Under a big blow in these years, but we will preserve it and build it into a modern, economically advanced country. We pay tribute to the first Prime Minister Nikola Kljusev, the first President KiroGligorov and President Boris Trajkovski”, wrote Nikoloski on Facebook.