Home Macedonia Mickoski: I’m certain that the referendum will succeed, but regardless of the... 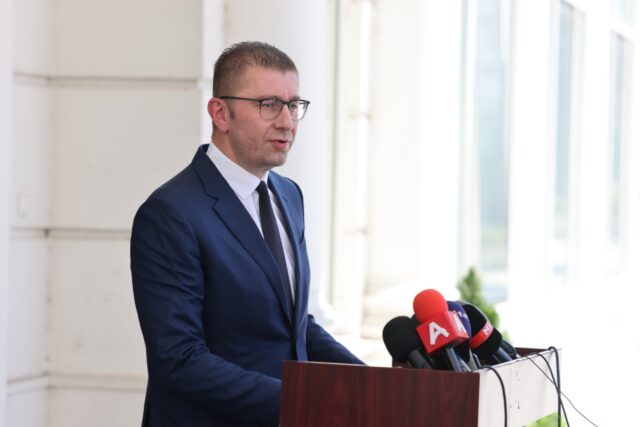 VMRO-DPMNE leader Hristijan Mickoski said on Monday that he believes in the success of the referendum, but stressed that regardless of the result, even if it fails, the party will not support any changes to the Constitution under these circumstances.

“The only way to see if there will be a turnout is to hold that referendum, to support that initiative and see if the citizens will be “in favor” or “against”. I encourage them democratically in the direction of the European spirit that does not stop coming out of their mouths while they are stealing, and now to do it and mobilize those few to come out and express their agreement with their policies. I am sure that the referendum will succeed. But regardless of the result, VMRO-DPMNE will not support changes to the Constitution under these circumstances,” Mickoski said after meeting with the head of the Economic Chamber Branko Azeski.

According to Mickoski, the Government is afraid of the mobilization of the people and the consolidation of anti-government sentiment, which, as he says, exists. He, answering a question regarding the procedure for submitting the initiative to the Parliament, said that if they consider it an obstacle, they will correct it.