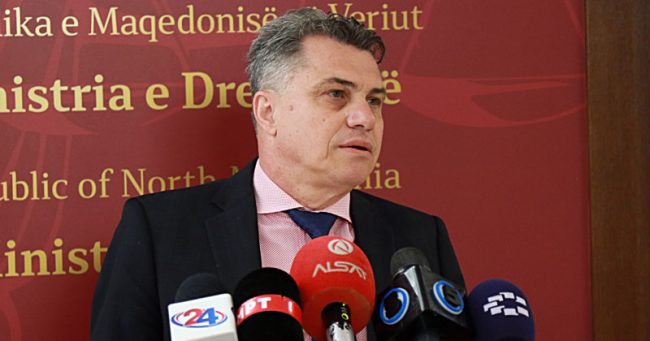 Article 118 of the Constitution is precise and it states that the international agreements that have been ratified are part of the internal order and cannot be changed by law”, said the Macedonian Minister of Justice Nikola Tupancheski in an interview with A1.on, referring to the issue of the submitted initiative by opposition party VMRO-DPMNE to hold a mandatory referendum on the 2017 Good-Neighborliness Treaty with Bulgaria.
“International law must be respected, otherwise it would lead to opening the Pandora’s Box. Can an international agreement be suspended by law? In terms of legal certainty in a country, the Republic of North Macedonia has signed many bilateral and multilateral agreements. This means that, as a state, we can unilaterally or on the basis of the highest tool of democracy – a referendum, correct those agreements. There is a possibility that our country will unilaterally not accept that treaty, but the way it should do it should not be the way it is being done now,” said Justice Minister Tupancheski.