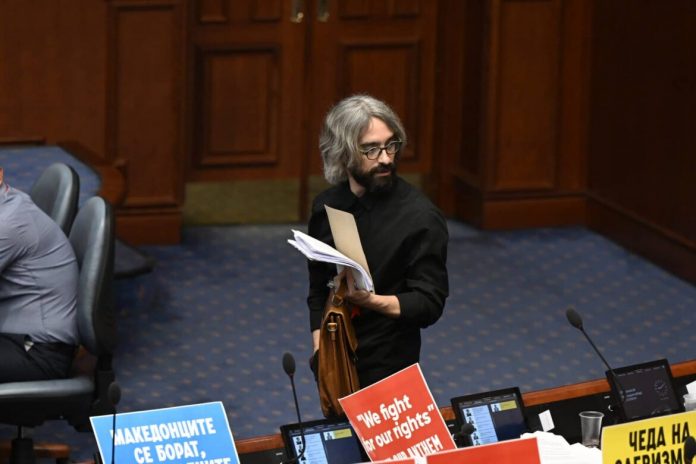 Levica accuses Xhaferi that “arbitrarily and contrary to the Constitution, the Law and the Rules of Procedure, he prevented the implementation of the civil initiative at the state level to collect 150,000 signatures to call a mandatory additional referendum on the Law on the ratification of the 2017 Good-Neighborliness Treaty with Bulgaria”.

Levica is accusing Xhaferi of “deliberately and intentionally, through the unconstitutional and illegal rejection of the orderly citizen’s initiative – submitted by a group of 646 citizens, on the form prescribed by the State Election Commission – committed a serious crime against the electoral system – “Preventing elections and voting”, punishable under Art. 158, paragraph 1 of the Criminal Code, with a suspended minimum prison sentence of at least three years”.