Home Macedonia Due to the Government’s incompetence, Macedonia needs EUR 2.5 billion for coal,... 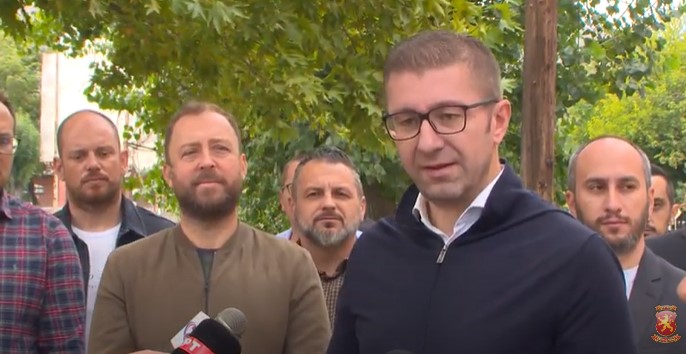 There are two scenarios. The first is that it fails and then we all feel it as a physical phenomenon. And the second is to succeed, but to pay the highest price. The poorest country will pay the most for the incompetence of the Government, that’s what we can expect, said the leader of VMRO-DPMNE, HristijanMickoski, asked whether the country will manage to procure coal and electricity.

Mickoski stressed that in order for the second scenario to happen, which is for the state to procure coal, gas and electricity, then the only way is to borrow again, because 2.5 billion euros will be needed for Macedonia to survive. As he emphasized, the citizens will have to give the money again and pay for the incompetence and criminal character of the SDSM and DUI led-Government.