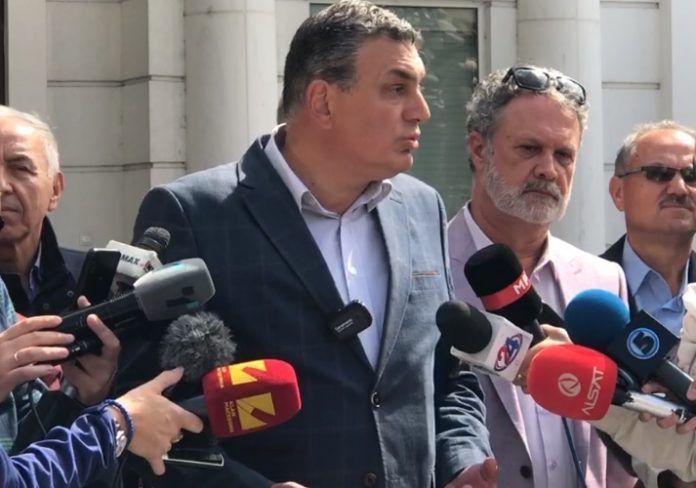 The former Minister of Internal Affairs Oliver Andonov on Wednesday announced an initiative for replacement of the current leader of opposition VMRO-DPMNE, HristijanMickoski.

“Mickoski is completely worn out politically. Now all the conditions have been met, this is the wish of the membership, many people say it’s time, I don’t expect that Mickoskito resign now, he won’t resign now, he will do that when he is brought under pressure from the membership”, Andonov told a press briefing in front of the party’s headquarters.

The initiative for changes in the VMRO-DPMNE leadership belongs to the faction for democratic revitalization of VMRO-DPMNE.