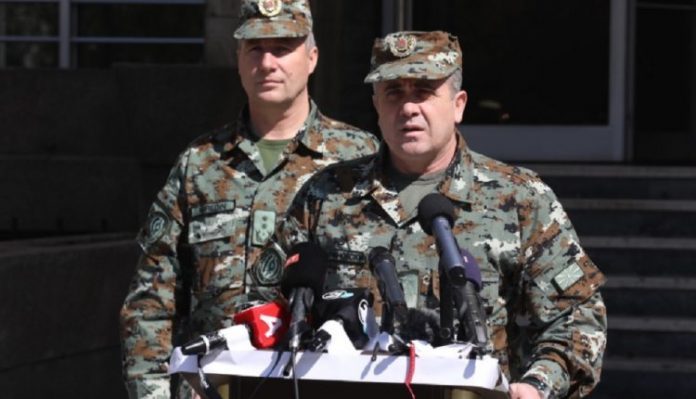 The Chief of the General Staff of the Army, Lieutenant-Colonel General Vasko Gjurchinovski, who attended the 25th Conference of the Chiefs of Staff of the Armies from the member states of the USA-Adriatic Charter, while returning on friday through Kosovo, had a minor traffic accident with the occurrence of fire in the car with which he traveled, informs from the General Staff of the ARM.
As stated in the press release, during the movement on the highway between Komorane and Prishtina in the late afternoon, a fire suddenly broke out in the engine part of the vehicle, and thanks to the quick intervention of the driver and security, it was extinguished in a very short time.