Home Macedonia Projects that were promised during the campaign are being realized in Jegunovce,... 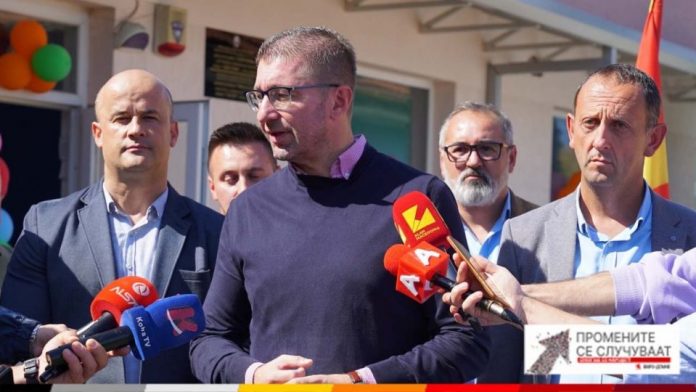 First of all, you will allow me to express my great satisfaction for what I saw here today in the municipality of Jegunovce. We had the opportunity to talk with the mayor of the municipality of Jegunovce about the current projects, but also what has already been completed, such as this beautiful building. This kindergarten, which will be home to 25 Macedonian children and 25 Albanian children in the coming period, and these are children of pre-school age, pointed out Hristijan Mickoski, party leader of VMRO-DPMNE, on Friday.

“I am sure that here they will acquire the first knowledge together with their educators and caregivers. And then they will be able to upgrade further during the educational process.

Also, the sewage system project, the asphalting of the streets and the other projects that the mayor mentioned in his address before.

“The satisfaction is great when you see how the projects that were promised in the campaign are realized. I just wish that more such facilities would be realized, more projects would be completed. That’s what the citizens of Jegunovce municipality expect, that’s what the citizens of Macedonia expect, for Macedonia to move forward and not deal with processes that take us back in time,” added Mickoski.