Home Macedonia Mickoski: I’m sorry that the PM and the ministers cannot overcome their... 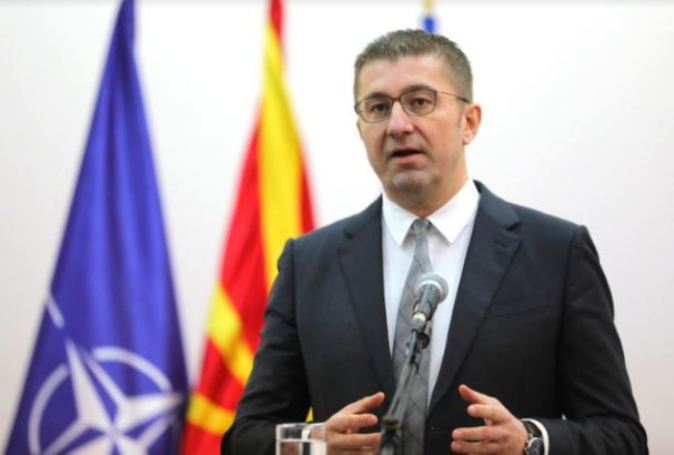 “I’m sorry that the prime minister and the ministers in the government, in such extremely complex and important moments for Macedonia, the citizens and the economy, cannot overcome their vanity, leave politics for once and put themselves on the side of the country and the citizens.

“I demanded a meeting with Dimitar Kovachevski to explain the concept for this year and the next, how to optimize the use of domestic resources and provide cheap energy, he deserted, he refused. I invited him to a TV debate before the Macedonian public, he deserted again, he refused with the excuse that now was not the time. I also called Fatmir Bytyqi, who is responsible for economic issues in the government at the headquarters of VMRO-DPMNE, he refused to come and called me to the economic council that I had presented the concept, because that’s how they successfully worked for the coronavirus pandemic, etc.

We were the last in Europe to start vaccination after asking for mercy everywhere to give us a donation of vaccines, while the government through a company from Hong Kong with the main activity of trade in South American fruit tried to bargain for fat commissions from the purchase of vaccines. We have one of the highest COVID-19 death rate in Europe. In the Tetovo modular hospital, COVID patients were burned alive and what not… but according to Fatmir Bytyqi, we have successfully dealt with the COVID crisis.

If you had successfully led the economic council, you would not be kneeling in the neighborhood and begging for mercy. If the economic council was successful, now you would have provided electricity for FENI and Buchim, and instead of a door key, the furnaces would be burning as they are burning for similar companies in the neighborhood. Have you thought about how it is now for the workers who lost their jobs and with pain in their chests are struggling to make ends meet for their families, how to get through the winter, or is it not clear to see that from all the red Persian carpets and the leather armchairs.

If you want to show that the information about large commissions from the import of fuel oil, transportation through instant coal companies and the still unclear construction for gas and heating of citizens are not correct, then I am available to explain the concept that I am offering. Choose a team and come to the VMRO-DPMNE headquarters at a time and day that suits you.

We don’t have much time left”, Mickoski wrote.