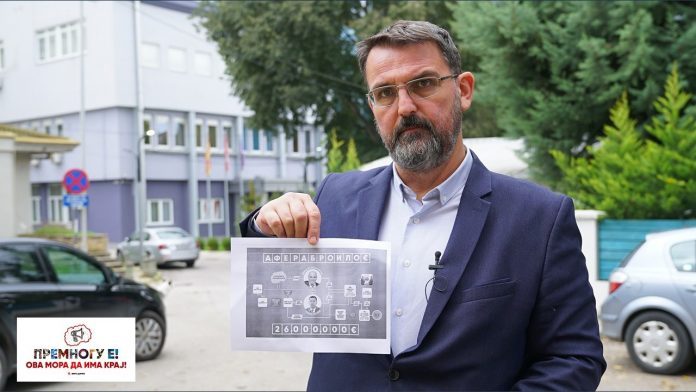 They have been in power for five years and this is the result of the government of the anti-Macedonian SDS.

Five years of absolute power in Macedonia, and Macedonia is running from crisis to crisis, from SDS cartel to SDS cartel.

Five years of absolute power with a corrupt judiciary in court.

For five years there has not been a single case or trial for HristijanMickoski, and that is the biggest proof of the lies of the anti-Macedonian SDS.

But that’s why in these five years they built cartels, built criminal networks for personal enrichment and impoverishment of the people.

Instead of lies, the cartel must answer for the influence of the deserter Kovachevski in the million-dollar business of the company founded together with his best manto the detriment of the people.

The SDS cartel uses lies only to devastate Macedonia and make personal profit! This must end!

Instead of lies, the anti-Macedonian SDS should answer for this scheme of Kovachevski.