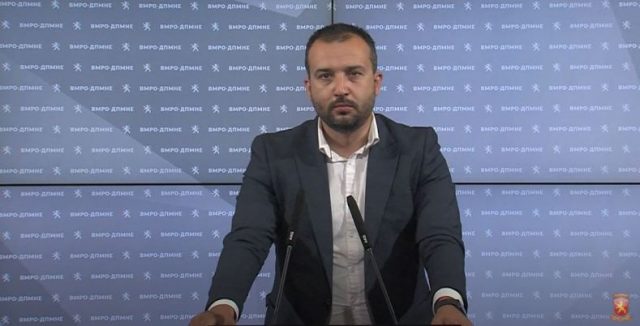 The scandal involving Kovachevski takes dimensions of tens of millions of euros when the deserter Kovachevski takes the position of prime minister. Today we are publishing new details, which is the basis of the solar cartel created through exceptional trading with influence, abusing state positions and functions, VMRO-DPMNE MP Mile Lefkov told a press briefing on Tuesday.

The suspicions are that Kovachevski and his close friend set up a private company for the production of photovoltaics to sell to the state-owned FEC Oslomej. That is, the friend and Kovachevski set up a company, and the state provides a business worth millions.

Eight months after Kovachevski took the PM’s post, on 24/08/2022, the Pikcell group founded by him founded a company for the construction of a factory for photovoltaic panels in TIRZ Tetovo together with the Bulgarian company AE Solar Horizon from Sofia, under the name AE Solar AD Tetovo. AE Solar AD Tetovo, according to media reports, is an investment of 54 million euros. In it, the share of the company founded by Kovachevski is 40%, according to this, the part that it will invest in the factory is 21.6 million euros. Kovachevski’s friend and best man Gorancho Paunov, was appointed as an executive member of the board of directors, and Mirjana Paunova, his wife, was appointed as a non-executive member of the board of directors. Even the Bulgarian company partner of the Solar Cartel was formed after Kovachevski became the Prime Minister of Macedonia.