Home Macedonia What is happening is the rape of the anti-fascist past of the... 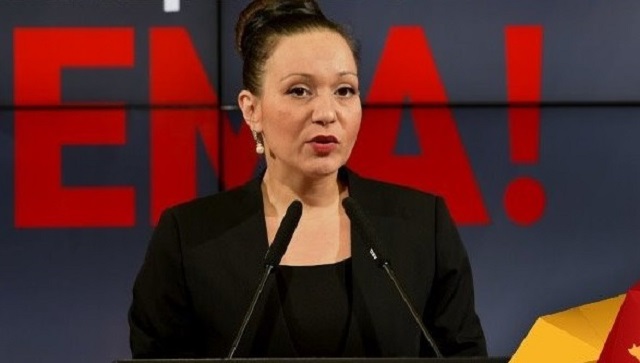 The Jews from Macedonia are part of the European family and such processes, for me, and I believe for all of you, are unacceptable and represent more than a serious provocation. What is happening is the rape of the Macedonian people, their anti-fascist past through the imposition of Third Reich values ​​hidden through the abuse of the European star. These are not European values. Therefore, even today, these processes must be put to an end.

After VanchoMihailov and Tsar Boris III, it is undeniable that attempts to revise the history of Macedonia and present the occupiers as liberators will continue. At the end of the day, it’s not just the Jews, the Macedonian people remember how many sacrifices they gave for liberation from the armies sent by the one for whom a cultural center is being opened in Ohrid on Friday. Every inch of this country is soaked in partisan blood, noted Rashela Mizrahi, MP from the ranks of VMRO-DPMNE, adding that today, the VMRO-DPMNE MP group will submit a Law amending and supplementing the Law on Associations and Foundations, thus, not only will the future formation of such quasi-cultural clubs be prevented, but it will also be possible to react to the already existing ones that the SDSM-led Government has allowed to register and is their accomplice.