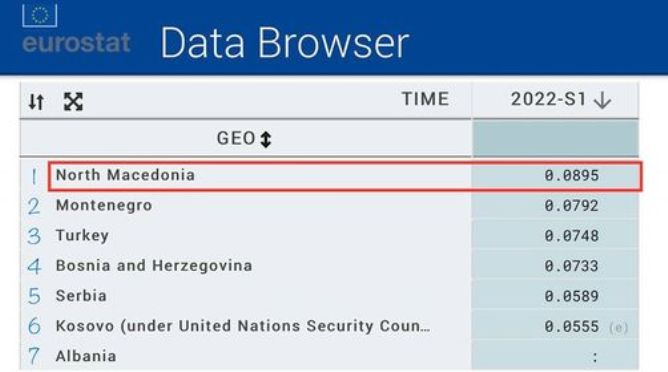 Macedonian citizens pay the most expensive electricity compared to citizens of other countries in the region. The Government’s claims that citizens in Macedonia pay for subsidized, cheapest electricity in Europe are untrue, the leader of VMRO-DPMNE HristijanMickosk informed on Friday.

Mickoski presented the EUROSTAT data, according to which the price of electricity that Macedonian citizens paid in the first half of 2022 was €89.5/MWh.

According to the same source, EUROSTAT, in the first half of 2022, citizens in the region pay much cheaper electricity (Figure 1) compared to Macedonian citizens: