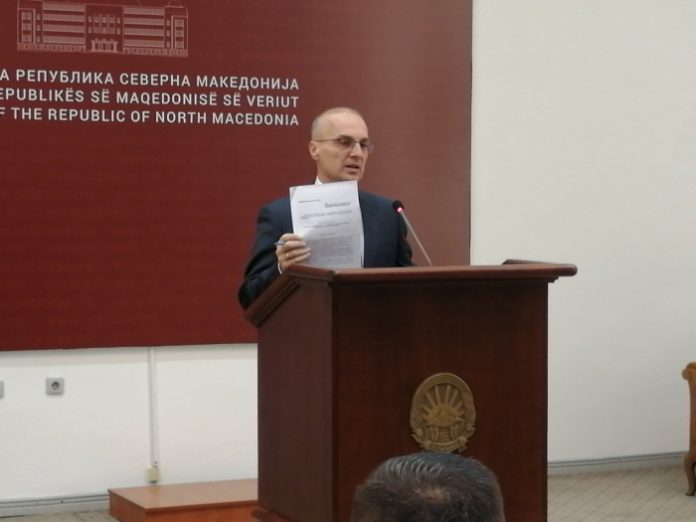 The VMRO-DPMNE MP group today submitted a request for the Interpellation of the chairperson of the Commission for Elections and Appointments, Marija Georgievska from the ranks of SDSM, because illogical and unconstitutional on an item on the agenda and an unfinished committee, she submits a partial report to the despot in the Parliament Talat Xhaferi for constitutional judges, said MP and member of the VMRO-DPMNE MP group Antonio Miloshoski in a press release on Wednesday.

Those that they prefer to be constitutional judges, are submitted for voting without the discussion process being completed at the session itself, where the appointed Marija Georgievska did not schedule it for ten months until some time ago. This is contrary to Article 128 of the Rules of Procedure, where it is correctly stated that the working body meets and after the session is over, it prepares a report and a record of what was decided, added MP Miloshoski.