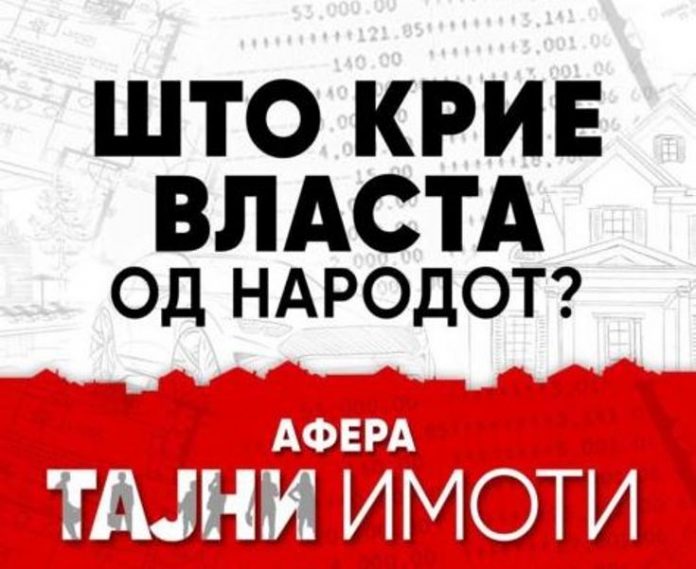 Today we publish a scandal from which you can see how the government, SDS and DUI officials in various positions possess secret property. On the list that we own there are houses, apartments, vacation homes, business premises that are hidden from the public eye. On this list are state officials, presidents of commissions, directors, leading people of institutions, said the MP from the ranks of VMRO-DPMNE Brane Petrushevski at a press conference on Monday.

Petrushevski says that after five years of SDS rule, 123 appointed officials in state positions are hiding property worth 30 million euros. They own all the details.

“The new “Secret Properties” scandal is another indication of how the government operates outside the laws, protecting the violators of the same, who in this case are elected and appointed officials, whose obligation is to serve the citizens of Macedonia. With SDS in power, these officials obviously serve only their party and the man who appoints them through government sessions. These properties are secret and are not registered by the State Commission for the Prevention of Corruption. These 123 officials contributed, firstly to breaking and disobeying the laws and secondly but not least to hiding their assets”, said the opposition MP.