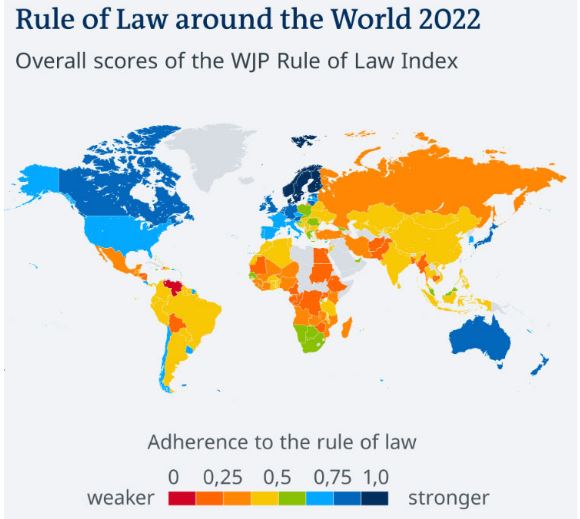 Macedonia ranks 63rd according to the Rule of Law Index of the Washington-based non-governmental organization World Justice Project. In the report published today, it is indicated that Denmark leads the list, while within the framework of the European Union, Bulgaria and Hungary are ranked the lowest when it comes to the rule of law.

Among the countries of the Western Balkans, the best placed is Kosovo (57), followed by North Macedonia (63, on last year’s list 64) and Bosnia and Herzegovina (70). Montenegro is not mentioned in the list. Serbia, which recorded a decline compared to last year, is in 83rd place this year, while Albania is in 87th place out of a total of 140 ranked countries.